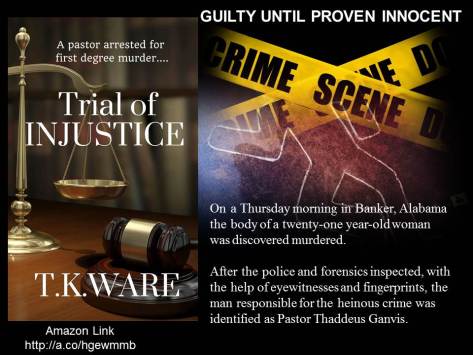 On a Thursday morning in Banker, Alabama the body of a twenty-one year-old woman was discovered murdered. After the police and forensics inspected, with the help of eyewitnesses and fingerprints, the man responsible for the heinous crime was identified as Pastor Thaddeus Ganvis.

Charles ‘Esquire’ Everson, a man gifted with determination and an avenger of truth, became the most prestigious and sought after lawyer in the state of Alabama, due to his unwavering litigation skills. After finishing another victorious case, he returned to his office. As the day continued, he found himself logging into Facebook, and nearly dropped his phone when he discovered that his former pastor was arrested for first-degree murder.

Without a second thought, he flew to Banker, Alabama to prove the innocence of a godly man. Along the way he discovers the opposition that threatens.

ESQUIRE: THE LAWYER OF FAITH 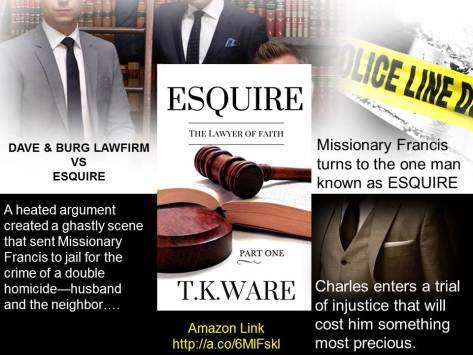 Francis Newberry was a loving mother, a devoted wife, and a faithful servant of the Lord—those qualities shifted when her life was threatened by her abusive husband. A heated argument created a ghastly scene that sent Missionary Francis to jail for the crime of a double homicide—husband and the neighbor. Frozen in unprecedented horror, she turns to the one man known as ESQUIRE. As the case unfold, strangers from the past resurface and the eyes within the darkness is revealed— a devilish plot created by a pack of evil men with one agenda.

Charles enters a trial of injustice that will cost him something most precious.