For a limited time you can own this life-changing paperback edition for only $3.78 on Amazon. Click link to order https://amzn.to/2QTohq6 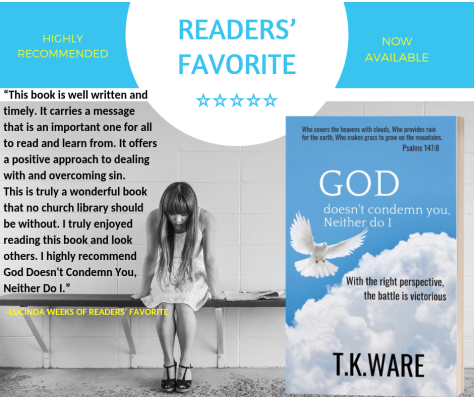 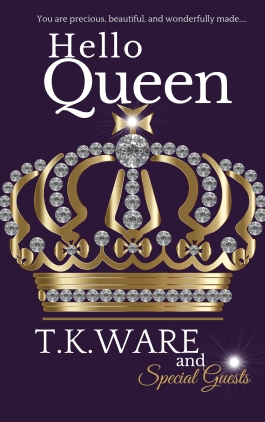 Life is filled with avenues that can render you helpless and void of understanding. As we go through trials and tribulations, we oftentimes forget that nothing shall overtake us as long as our hope is anchored in Jesus. The way to cope with overwhelming circumstances is to trust God totally without reservation. Some people like to bargain with God and offer their trust if He does this or that.That is the wrong way of thinking, and thoughts like that will cause you to enter into a place of grief.

Our faith must be solid in hope. And our hope must be wrapped up in trust. Confidence comes out of trust. The more time you spend with someone the more you will discover their nature, character, and spirit. As we spend time with God, we will develop confidence, which will produce trust, and this will sky-rocket our faith. He has already made promises concerning us and declarations over us. His love for us cannot be moved and will never waver.
Paperback Edition (www.insightfulcp.com) 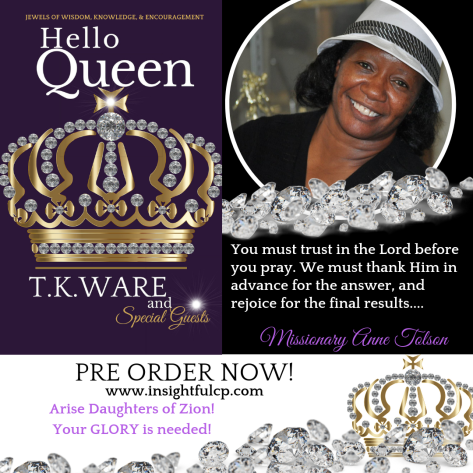 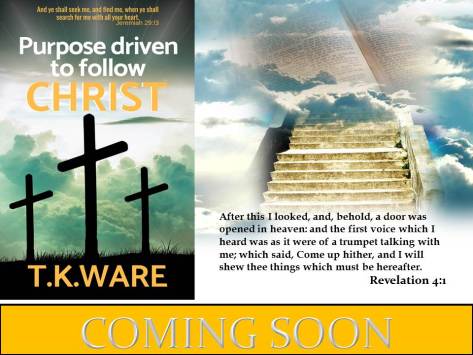 This novel came by surprise. When I finished writing Trial of INJUSTICE( I think you should read it also) I assumed no other legal thriller was coming. Readers loved Charles ESQUIRE Everson pursuit of truth in the novel and asked for a spin off. Within a few months, the ESQUIRE series formed within my mind.

A STRANGER WATCHED FROM THE DISTANCE….

Jake and Jennifer had the perfect marriage.

Jake Ross was a shareholder at one of the largest firms in the city. Everyone respected him and appreciated his work performance.

Jennifer Ross was the senior editor at Inspired Publications, a book publishing company known for its inspirational publications.

Like every marriage, Jake and Jennifer had their problems, but this time it went too far. An innocent relationship at work brought chaos into a lovely home, and injected the poison of mistrust. Jake and Jennifer’s love for one another wavered immensely, as they drifted apart and into the web of a stranger. The spider’s poison entangled and allured them away from their faith as he sought the treasure of their inheritance.

“Jake. God- fearing. Intelligent, successful, happily married, he lives in a perfect environment that exemplifies his blessedness. But he is about to discover the danger of temptation and the poison of mistrust that began when a spider designed a web to entrap its prey and to capture a treasure…”

Are you able to dictate how every aspect of your life would turn out? What about if you are a believer, can you pray your way into the path that you desire? Web Of Allure: A House Divided Cannot Stand by T.K. Ware is a robust, explosive and engaging short story about how quickly one small indiscretion can take a turn for the worst. Web Of Allure tells about how the lives of Jake and Jennifer began like a fairy tale. They had everything from God being the head of their lives, and a beautiful marriage, to living the careers of their dreams. Jake’s and Jennifer’s lives were blessed every step of the way. Little did they know that what seemed to be a blessing could also created a mark, or curse, on their marriage. Would they be able to escape the web of deception and the lure of the traps that had been set for them?

The decisions that we make today affect not only us, but those around us and our future. In reading Web Of Allure: A House Divided Cannot Stand by T.K. Ware, I was able to see how the ebb and flow of marriage can be extremely challenging. We think that when no one is looking, like our spouse, that something as simple as dipping a toe into temptation is harmless. Web Of Allure: A House Divided Cannot Stand by T.K.Ware shows that despite your faith, and how much you pray, you must be prepared to overcome obstacles along the way. Don’t let the trappings of this world cloud your character.

How could I have allowed myself to be so naïve? Women, please don’t allow a man to inject you with lies camouflaged in truth. I’m not a home-wrecker, really I’m not. In the beginning, he told me that he and his wife were separated and that they only drove to church together to keep people out of their business. He went on to say that they were going to eventually get a divorce. I was so stupid to believe his lies. The fact that he was a minister in the church made me hold tight to every word he said.

At first he was like a friend, a mentor of some sort. Our conversations were holy in the beginning, but over time the holiness of our dialogue evaporated like a puddle of water in Texas’ heat. I was attracted to him and in that attraction; I lost sight of what’s important: my relationship with God and another thing that I cherished, my celibacy.

Two gunshots, a missionary and calculated revenge are the bewildering twists that capture the attention of Charles Everson, or better still, Esquire. In the book Esquire: The Lawyer of Faith – Part One by T.K. Ware, Everson is atop-notch lawyer with one mission; to come to the aid of helpless victims in their time of need and put the bad guys away. However, this time around it does not look that simple. Francis Newberry, a missionary arrested for a double homicide, seems to be hiding something even from him, her lawyer. At first, the facts seem to be straightforward. A battle ensued and, in the name of self-defense, two shots were fired. As the case progresses, Everson soon realizes he is caught up in a vicious struggle for revenge. As things take a turn for the worse, he starts to doubt every single detail he has gathered regarding the case and all that he knows about the victim.

Esquire: The Lawyer of Faith – Part One by T.K. Ware is packed with enthralling action and intriguing plot twists which make it the kind of book you read in one sitting. From deceit to revenge, Ware writes a compelling story that will have a grip on any reader. Still, T.K. Ware manages also to build powerful characters who dominate each scene effectively. The character presented by Charles Everson is an admirable one, which made me more emotionally attached to the story. The book evoked my emotions as I sympathized with different characters and felt anger and despair in between. It was an engaging read and I definitely recommend it to readers who are fans of books in the Christian thriller genre.

I read “ESQUIRE: The Lawyer of Faith” in one day because the story is very interesting from the cover until the last page. There is something about receiving a gift that turns out to be a 9mm gun, especially when it was inscribed, made this Christian Suspense narrative very entertaining that I couldn’t stop reading until the conclusion. This isn’t the first book of T.K. Ware’s that I’ve read,and I look forward to much more from T.K. Ware, although this is one is my favorite book. As usual, T.K Ware always provided a great stories, drawing a picture in Sermon, to shows the readers that there is faith and hope in every situation. Also we should put our trust in God, and with a great story line mixed with twists, turns, and justice. I thoroughly enjoyed this well-written story, and read it from the title page to the final page in one day. I definitely recommend this story, and read many of his works.

A Real Page-Turner! Something about receiving a 9mm gun as a gift, especially when it was inscribed, made this story one of those I couldn’t put down until the end. This isn’t the first book of Ware’s that I’ve read, and I look forward to much more from Ware, but this is one that is on my unforgettable list. As usual, with his other stories, there is faith and trust in God, and a great story line mixed with twists, turns, and justice. I thoroughly enjoyed this well written story, and read it from the title page to the final page in one sitting. Highly recommended, but of course, I recommend all of his work.